2 IN THE CHEST Press Release For the Upcoming third release called Heroes Blood. 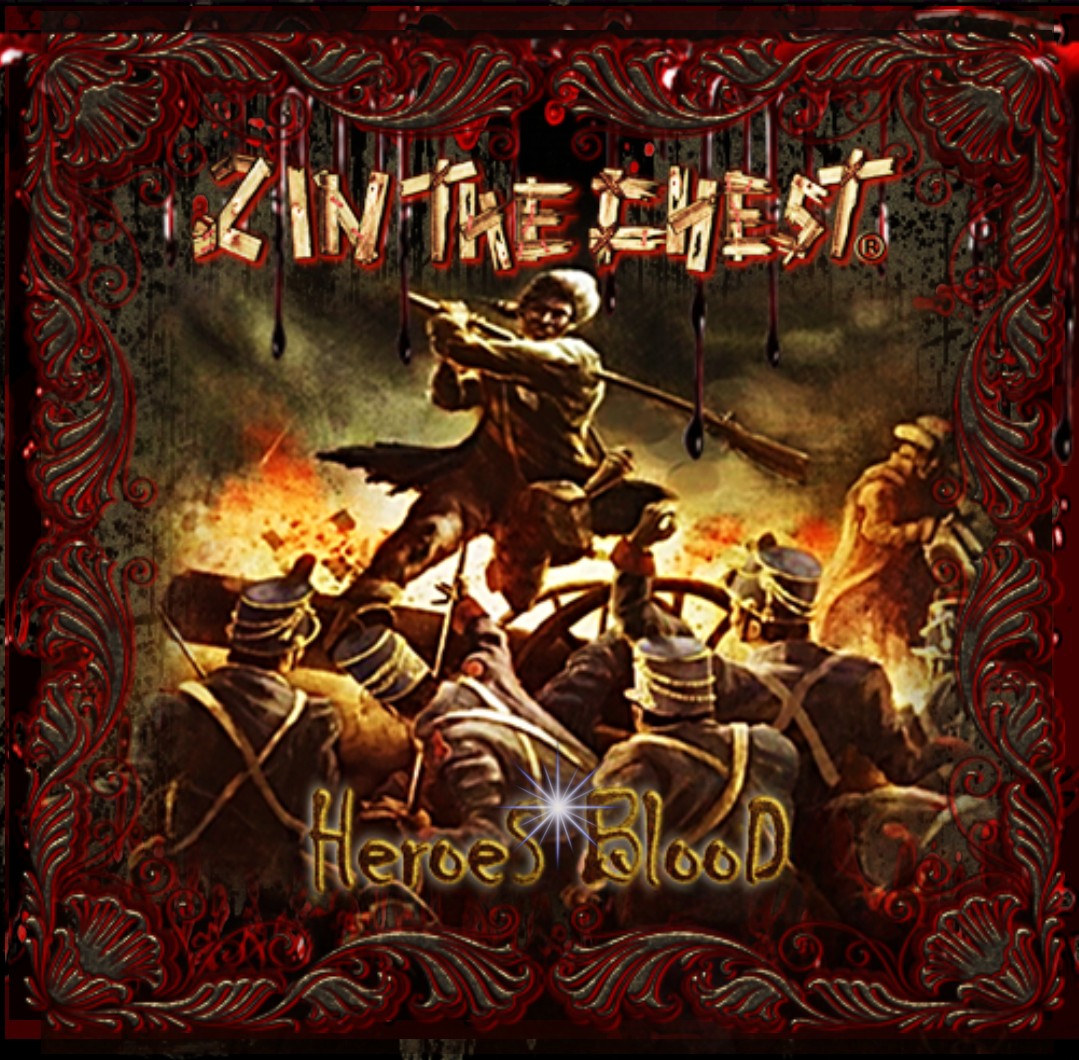 The Third release From 2 IN THE CHEST

This third full length record is explosive; and will give the listener and the live attendee they are lucky enough to catch one of the very rare performances, a variety of emotions that you will get when listening to the music and being present at one of the incredible live performances. This band of Dead Cowboys from the 1800s will, as always, deliver a performance that no one; will ever forget.

Here are a couple quotes from local fans.

"The studio has put me in line with some amazing people and this man right here is one of THE best, most creative and talented individuals I’ve ever come across.

If I wasn’t lucky enough to be producing his band 2 IN THE CHEST, I’d definitely be a fan!

We just wrapped production on their newest disc “Heroes Blood” and oh boy, it’s a good one! 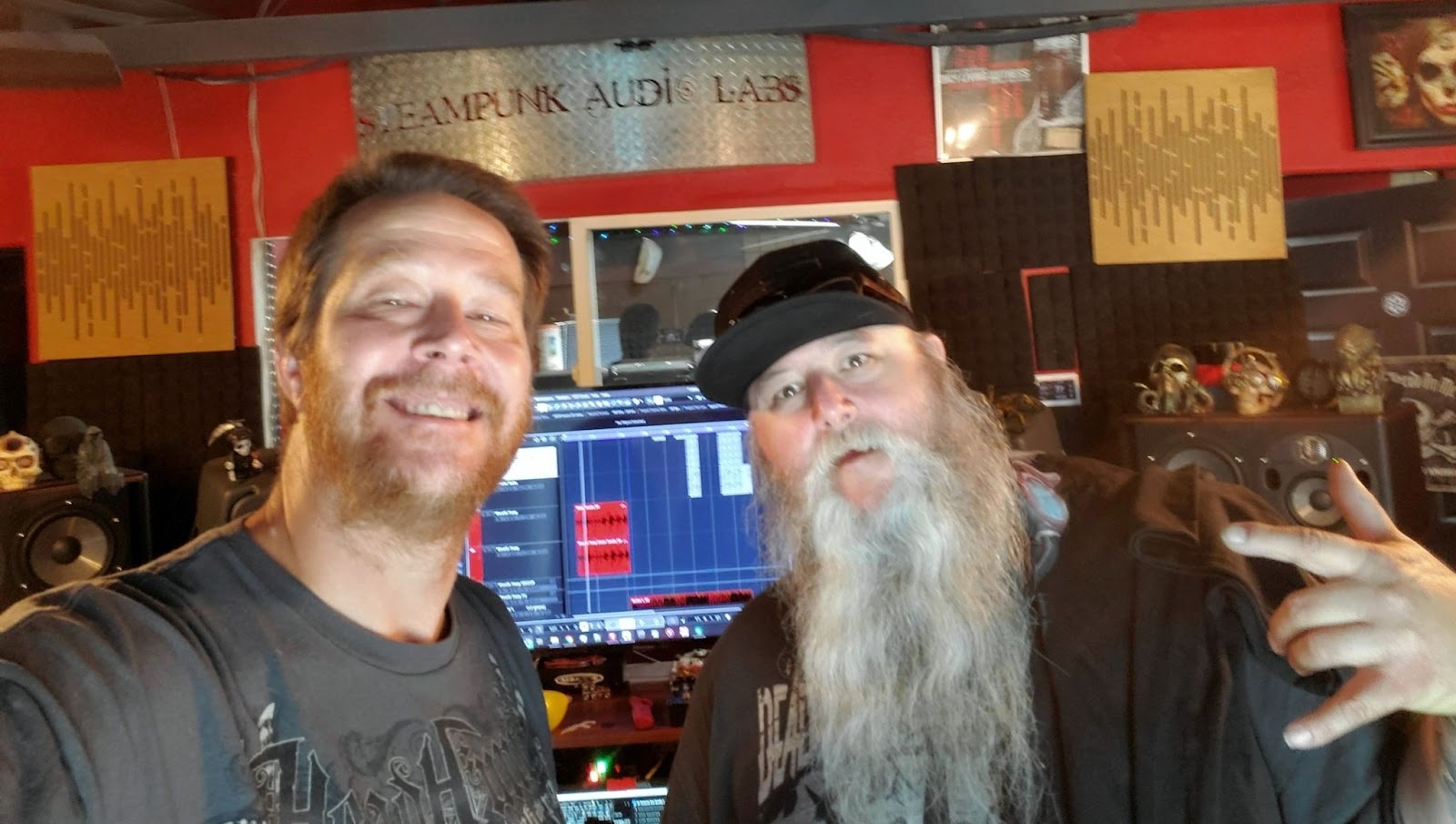 His music (along with his VERY good background voices and effects) reminds me of old time radio that paints a picture just with sounds, almost a theater in your mind! Love it! AND he also has a big heart”

Engineer and Producer at Steampunk Audio Labs in Phoenix, Arizona

Casey is an amazing man, He has recorded, mixed and mastered all three of the 2 IN THE CHEST records. When there is a fourth you can bet 2 IN THE CHEST will be right back at Steampunk Audio Labs without question.

This band of Rustic Outlaws will grace the stage at the 44 bar and grill on March 18th. Advance Tickets will be available for online purchase in December 2022

Some great local bands will also be part of this monumental event.

If you're so inclined, read a couple very powerful reviews below.

This band of Rustic Outlaws has been wowing people with their performances since 2010. They have been asked on numerous occasions why they are not huge in the national scene, their answer was, “I guess the people that push bands forward in their career have not had a chance to attend one of our shows.”

2 IN THE CHEST is a complete concept head to toe lyrics to logo, Second to very few in the originality department. I will put in my two cents here. “This band, if a person with deep pockets ever takes a chance with them, will see their jaw drop at the marketing gold mine that 2 IN THE CHEST is” this is no joke.

Here is another quote from a very respected young lady in the Arizona hard rock punk and metal scene.

It’s hard to describe a 2 IN THE CHEST show. Theatrical? Definitely… but not in a cheesy way; theatrical in a cool, exacting, the devil-is-in-the-details sort of way. When the venue is equipped with a large enough stage and the band has carte blanche access, the result is unlike anything else in the Valley of the Sun.

Imagine a dive bar transformed into an old western drag, complete with a jail, a saloon, and a handy, unmarked pine coffin on deck in the event of a gunfight. Now imagine all the actors from Little House on the Prairie, but dead and playing instruments (yes, at the same time). Essentially, I’m saying this show might look a lot like the set of Poltergeist II – if it was a music video directed by Clint Eastwood. Somehow, the whole act blends together so well as to be virtually seamless in execution, almost perfectly normal, such that the average guy at the bar would never realize how much effort is going on under the spotlight.

When the band brings all the bells and whistles, this is easily one of the most elaborate shows I’ve ever seen at a local level. 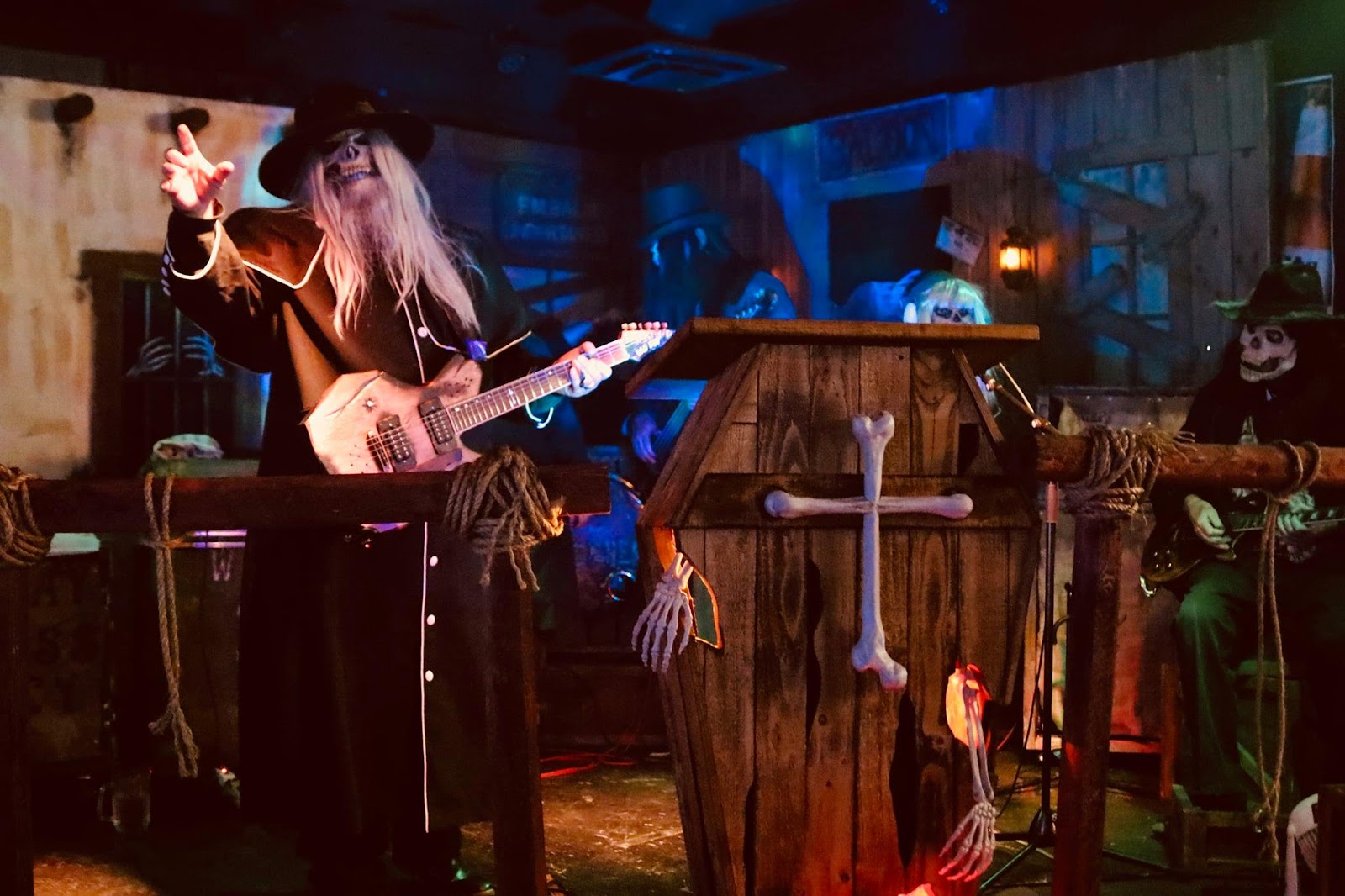 Or maybe not so local after all? Believe it or not, the legendary status of 2 IN THE CHEST has reached well-beyond the outback – past the Sonoran, the new frontier, the great plains, and across the river Styx. I have it on good authority that a radio DJ in far-away New Zealand (that one place, past Australia) once coined these brigands “the world’s only rustic outlaw southern hard rock / metal band.”

That does sum it up rather nicely. I agree, the band’s wanted poster wouldn’t be complete without a roughly-drawn sketch of what would happen if Motorhead’s late Lemmy Killmister and any one of the three dudes from ZZ Top had a love child, but insist that the real life spectacle must be seen in living color to truly appreciate this band’s worth. In brief, this band will surprise the [bleep] out of you.

WHERE ARE ALL THE VIDEOS?

Well when it comes to music videos I think the Rev. says it best.

“When I write my music, I start with a story. From that story comes the song. Each and every song I write is either an actual historical event, or person, or; related to an event or actual person from the 1800s. Each one of these stories are short movies and so after saying this, I am sure one can understand that I will not just put a video out with the band playing music on stage. Each video needs to be shot in such a way that the end result is phenomenal, not ok. I don't do ok. When it is all said and done each one of these stories are short movies that each have the power to draw people in to watch it for the 15 to 30 to up to and not hard to believe hour plus movie. So I am sure you understand why we do not have music videos. I will not give the fans less than epic returns on their time spent with us.”

Well what can you say about that? He believes in the best or forget about it. 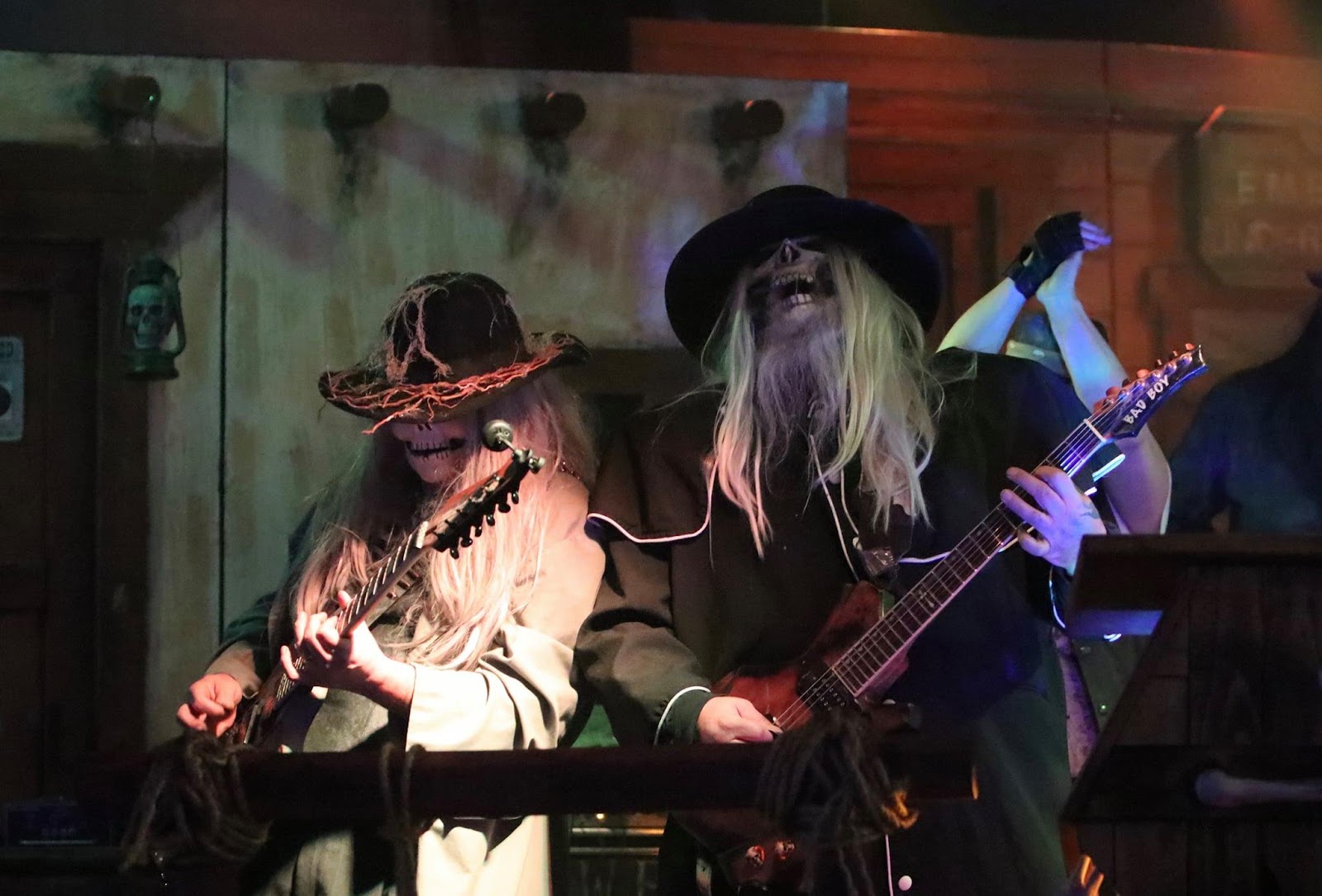 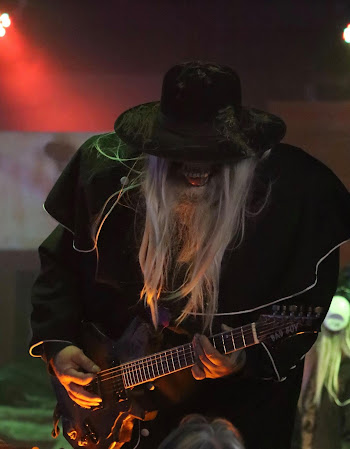 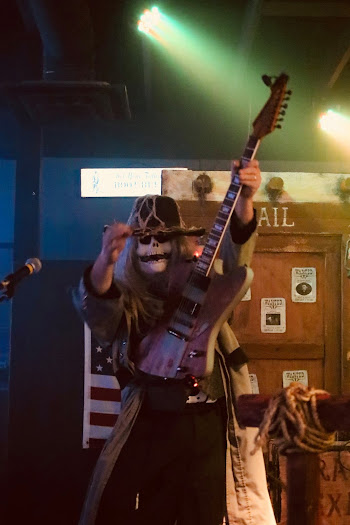 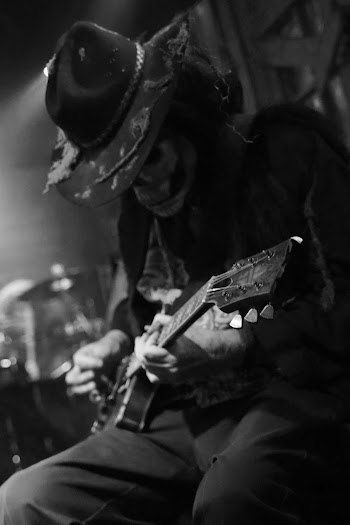 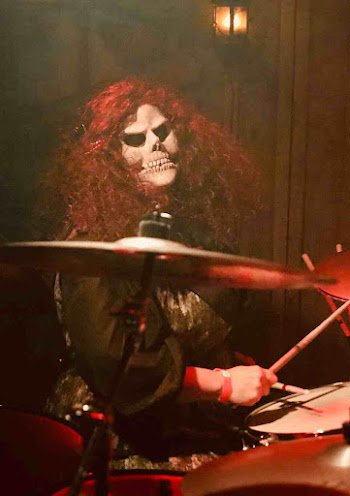 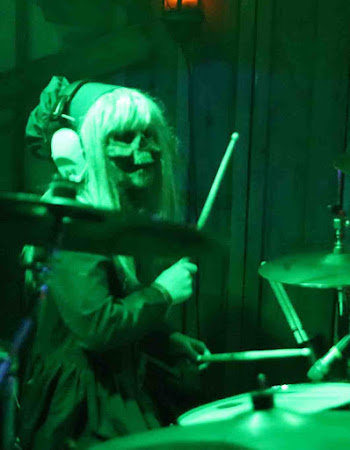